The Souljazz Orchestra will return with a brand new studio album, ‘Chaos Theories’, released on Strut on 13th September 2019. 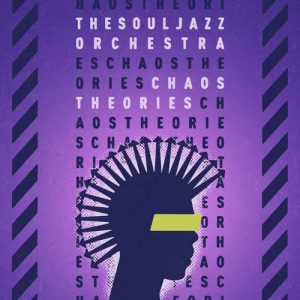 Known for their uncompromising social and political messages, the Canadian collective hit harder than ever on 9 new tracks, outing the hypocrisy of modern day politics, police brutality and the everyday struggle of the working man.

Led by chief songwriter and arranger Pierre Chrètien, the band continue to evolve their sound, drawing on a broad palette from their trademark Latin, Afro and Caribbean styles to some of the UK’s political sounds of the early ‘80s, the era of The Clash, The Police and 2-Tone.

“Chaos Theories” is the Souljazz Orchestra’s 9th album. It will be released on LP, CD, cassette and digital formats and is mastered by The Carvery. The LP version comes as a special dark blue vinyl edition.

This site uses Akismet to reduce spam. Learn how your comment data is processed.